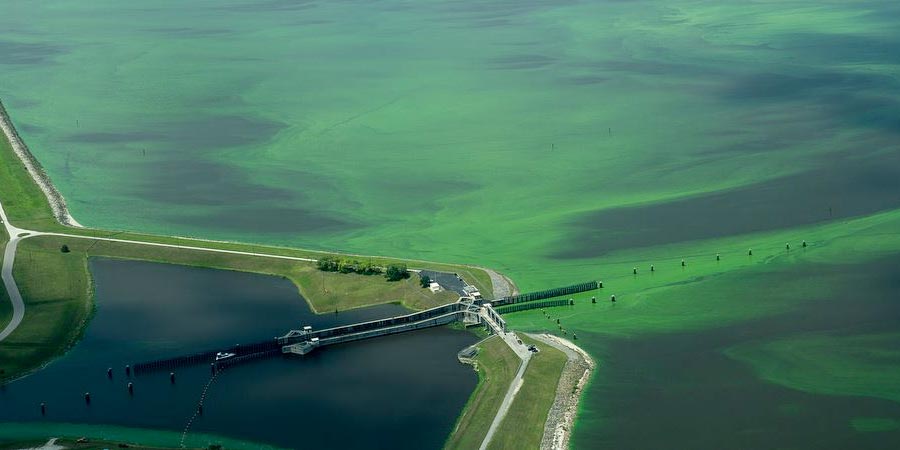 Florida’s outdoor experience is the very cornerstone of the economy and quality of life for 20 million residents, supporting a $58 billion industry and 485,000 direct jobs.  There is no greater crisis facing our state than that of polluted waterways, eroding ecology and the destruction of public lands like the Everglades.  Environmental collapse in Florida leads immediately to economic collapse and devastating public health consequences.  The fight to prevent this from happening is an all-hands-on-deck five alarm fire because on the Treasure Coast and in the Palm Beaches, this impacts everyone: businesses forced to close, people getting sick, animals killed, and our environment destroyed.

The root of the problem is that Florida’s waterways have been manipulated to benefit private profit.  The federal government built the Herbert Hoover Dike, dried out the Everglades Agricultural area and constructed a complicated series of man-made water infrastructure to provide water-supply to developed and agricultural areas.  As a result, the natural flow of water has been disrupted to the great detriment of the Everglades, Florida’s environment and public health—causing toxic discharges to the northern estuaries during the summer months while starving the Everglades and Florida Bay of fresh water during the winter.  While the development of South Florida has precluded ever going back to the true natural state, the goal of restoration is to send the water South in a way that as closely mimics the natural flow as possible to hydrate the Everglades and prevent harmful discharges.

That’s why I’ve fought tirelessly in Congress to speed up Everglades restoration.  I wrote the legislation that authorized the EAA Southern Storage Reservoir and helped secure a historic level of funding for Everglades restoration.  We’ve also secured hundreds of millions of dollars to combat harmful algal blooms and prevent toxic agricultural runoff.

In the interim, Florida is facing a very real and serious public health crisis.  Toxic algae can cause nausea, vomiting, liver disease, ALS, Alzheimer’s and even death. In the summer of 2018, algae at the St. Lucie Lock and Dam tested nearly 62 times more toxic than the level considered safe for human contact by the Environmental Protection Agency. As a result, experts are concerned that the fish caught on the lake may not be safe to eat.  Nonetheless, the Army Corps’ operational priorities do not currently consider impacts to human health. In fact, for years, their outdated operational priorities have resulted in communities throughout Florida being exposed to dangerously high levels of toxins when the Army Corps knowingly discharges toxic water from Lake Okeechobee.

Operational change can make an immediate impact to stop this from happening.  As a result of legislation I wrote, the Army Corps is currently rewriting its regulation schedule that determines when discharges happen.  The fact is that operational changes cost nothing and have massive public health, environmental and economic benefits.  Sending more water south into the Everglades during the dry season allows Lake Okeechobee to naturally recess prior to the wet season, which in turn helps prevent toxic discharges by freeing up capacity in the Lake to hold water without discharges during hurricane season.

Operational change and new infrastructure can address the impacts of many problems, but stronger efforts are also needed to address the root of the problems.  In Florida, agriculture is the dominant source of phosphorus and nitrogen within most impaired watersheds.  Industries and property owners should be held to clearly enforceable pollution standards and penalties.  Likewise, the State of Florida’s Basin Management Action Plans (BMAPs) and the Total Maximum Daily Loads (TMDLs) must be strengthened.  The federal government can and should be a partner to supplement state efforts preventing pollution and holding polluters accountable.  That’s why I’ve helped introduce and pass legislation to increase funding for EPA grant programs that support these efforts.

The bottom line is that nearly every facet of Florida’s waterways has been manipulated to benefit for-profit industries at the expense of everybody else.  The result has been an increase in pollution, added costs for taxpayers, a massive public health crisis and the destruction of the Everglades.  It is well past time to flip the script and reclaim Florida’s waterways for the people.